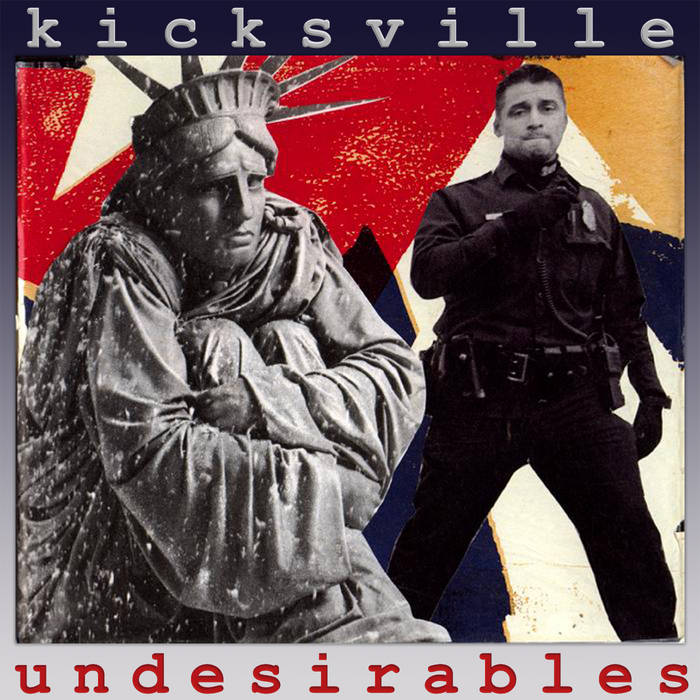 John Beecher's poem, Undesirables, was originally published in 1964. Unfortunately, it could have been written today, considering this country's attitude towards immigration issues has changed little in the last 45 years. The context may be different, but the end result is the same: our knee-jerk reaction to bar immigrants for political affiliations or ideas seriously undermines the basic foundation of our Constitution. As John points out in the poem, some of the most important people in our country's history have been immigrants, and we're far richer (both culturally and financially) for it.

The Music
Once upon a time, there was a song by the band Joi called What You Are, and they released the raw tracks for a remix competition. Since Joi is on Real World Records, we thought it would be interesting to see what we'd come up with, and in return, what ol' Petey G. would think of our approach. Well...as usual around here, we ended up throwing away all of the original samples, re-recording the song's guitar riff, and turning the lyrical concept on its head. Joi's song What You Are is about how we're all one people, peace, love, etc. Undesirables is the reality check/answer to Joi's idealism: we very well might be one people, but we sure don't act that way.

Two funny things about this: None of us have ever actually heard the Joi song that gave us the idea for Undesirables.The sample pack we downloaded didn't have a complete mix, just isolated samples with no reference as to how they were arranged in the original song. Second, when we finished the mix and uploaded it to the Real World site for the competition, they wouldn't accept it! They said it had absolutely no relation to the original song, and since we didn't use any of the original samples, it didn't count as a "remix". Their loss, as far as we're concerned ;-)

The lifted lamp is guttering,
near spent its fuel.
Double-barred the golden door
which, when it opens,
opens on a chain.
Where throngs poured through,
police interrogate each refugee:
admitting but the few
who pass security
and kiss the Book.

Would Juarez get a visa
from the State Department?
Would the FBI clear Dvorak?
- Deport the New World Symphony!
Marti, the Cuban foe of Imperialism?
Lorca, the anti-fascist poet?
These men were all subversive
as in earlier times
Tom Payne, Pulaski, Lafayette.
The authorities would surely
bar such undesirables.