I Dreamt the Train 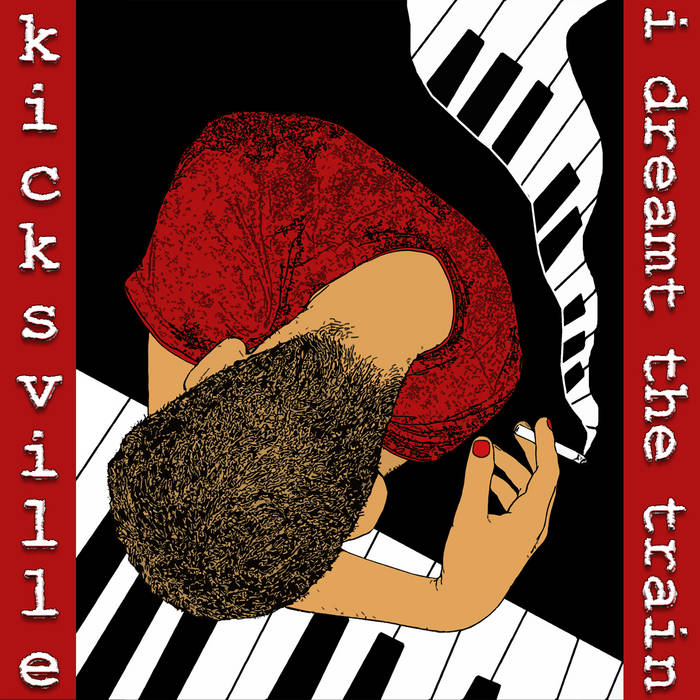 About I Dreamt the Train
Once again, Andy Ewen (our local Fireman) has provided another window into his inner workings with this track. Always an amazing source for curious and intriguing lyrical content, this one came directly from a dream he once had. There was a train, and then he ran out of black paint. Simple, right? Then there's the bizarre imagery of his rant over the end section.... Here's how Andy described it, in rather intricate detail as only he can do:

"Well, the source of the rant had something to do with a fish whose upper 'canine' teeth were sliced horizontally (i.e., medium-ways) to form cups - one full of brown liquid, one full of clear liquid conferring power and protection, respectively. Coming out as spewage, the words and images got twisted and garbled...in a good way I think, though perhaps even more perverse depending on how one hears it."

Any of you dare to try figuring out the meaning to this one with those little "Understanding Dreams" books? ;-)

The Music
This song was the result of another City Council noodle fest during some early writing sessions for The Singles - Season 3. In our writing process, the Commissioner always records whatever nonsense is going on at the time, then later the tapes are reviewed so interesting ideas or bits can be isolated and expanded upon. Such was the case here: After hearing Andy's rather interesting lyrics and guitar riff from said jam session, we set out to arrange the rest of what would become I Dreamt the Train. Conrad and I decided our rhythm section parts should be distinctive, but solid and on the simpler side in order to leave room for Andy and Aya. So, I thought I'd combine a train beat with a "Purdy shuffle" feel, and the result was the subtle but "itchy" drum track that ended up on the tune. Oh...and for the record, keeping that snare pattern for the whole song proved a lot trickier than i figured it would be!

And the name of the train was Maneater

And the name of the train was Maneater