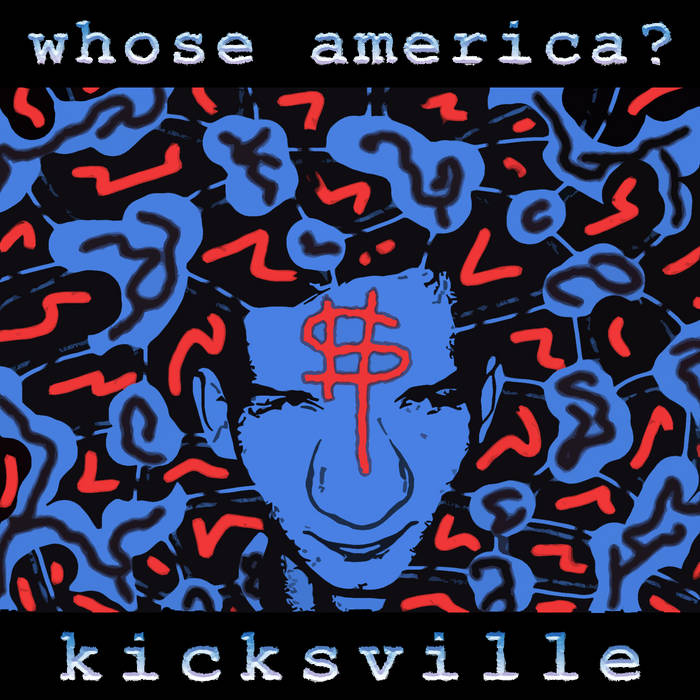 About Whose America?
Yet again, John Beecher hit the nail on the head so hard that his words still resonate 70 years later. The Face You Have Seen (the poem we adapted for this song) was written in April, 1941, eight months before our entrance into World War II. John was horrified at what was occurring in Europe and around the world, and he saw clearly this was not a problem that could be dealt with peacefully. But, he also felt it was imperative to fight just as hard to protect labor and civil rights at home. [Editor's note: In his usual fashion, John did both. He joined the US Merchant Marine, and served on the first integrated merchant vessel, the SS Booker T. Washington. He wrote a book about it too - check out All Brave Sailors.]

When we adapted this poem for Whose America?, we left out the specific references to 1941 because we wanted to get at the core idea John was talking about: We can't properly address problems overseas unless we also address our own social and political problems . He wrote a number of poems on this theme between 1940 and 1945, summing it up pretty bluntly in the last stanza of After Eighty Years:

"I know there's a war on
but what is this war about anyway?
How can we believe
how can the world's people believe
we mean to spread the light of freedom to the world's four corners
when there is such darkness
in America's own house?"

The Music
Since this track is pretty much a drum 'n bass romp, I'll give you a little background on, well, the drums and bass ;-)

If you're a bassist, the Ampeg name carries a lot of weight (pun intended). Hell, even if you're not a musician, you've probably heard the name thrown around or seen the iconic 8x10 speaker cabinets on stage with artists ranging from Bootsy Collins to Les Claypool. So, we had just gotten IK Multimedia's amazing software emulation of Ampeg's classic amps as I was starting the mix of Whose America?, and decided the bass line on this track (originally recorded direct with no processing at all) was the perfect candidate to test out the new toy. As a bassist, I gotta say: HOLY SHIT! It frigging sounds just like the real deal - but without the 150+ pounds of tubes and magnets....

This song has actually been in our live set for quite a while now, so when we tracked the drum kit for the studio version, it was all about getting the "live" room sound we'd gotten used to. Fortunately, we normally record the drum kit with extra room mics for just this sort of situation: We use two AKG 414s set about 10 feet in front of the kit, and two DPA 4060s another 5 feet away and as high as we can get 'em. Here's the fun thing: the DPA 4060 is about the size of a match-head and was initially designed as a lavalier/body mic for speech and theatrical applications. It's incredibly natural sounding and works beautifully on almost anything - it has become my go-to mic for pianos, acoustic guitars, hand percussion, etc. I'm still amazed every time I put one of these wee little things up how bloody huge they sound. Check out the drum sounds on this song, and we think you'll agree ;-)

The old man with the face you have seen,
tough and kind, and none too bright...
...the face you have seen
getting on the street car
at the mill gate stop
or the gusty corner,
now, under the blood-soaked handkerchief
looks out at you
with blood oozing down the forehead
from under the handkerchief
and blood on the collar of the old overcoat...
...Whose America? somebody asked
and is this the answer?

Another old man with the face you also have seen,
a face you have seen
getting out of the limousine at the bank entrance
or the War Department...
...Berserk cop with the brandished club
the armored bus spraying gas on the pickets
the mobbing howl of the press
and the rabies in Congress
"To the electric chair with the strikers!"