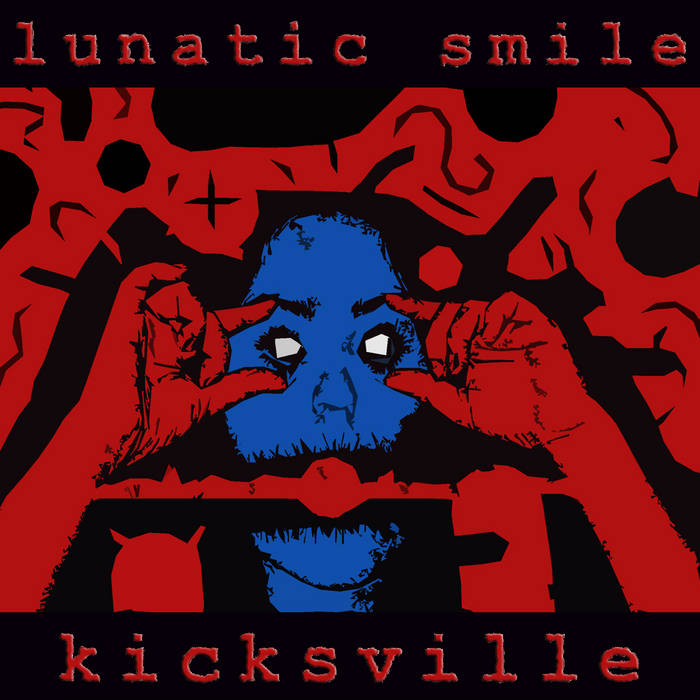 About Lunatic Smile
Lunatic Smile began its journey over a decade ago. Based in the DC area at the time, the Commissioner and the Mayor had been working on a track and asked Priest da Nomad (a local icon known for his incredible free-styling abilities and, well, for just being a great guy) to come by the studio for a basement session. After a couple of hours of late night riffing, Priest’s part was recorded. But, the track just wasn’t done yet. It still needed something, so it was put aside for later.

Being prolific writers, the Kicksville studio is always buzzing, which occasionally means that great tracks land in the archives while new tracks are born and raised. So was the fate of this song until one lovely afternoon last summer. The City Council were in town for a writing session, and the Mayor and Aya decided it was the perfect day to set up a picnic studio in the Kicksville wildlife preserve. They grabbed a laptop, a mic, a blanket, and a few bottles of wine, and headed outside. The good news is, the track fared much better than the Mayor and Aya.... [Editor's note: Lots of wine on an empty stomach in the hot sun is generally not a good idea.] Finally, Lunatic Smile had a chorus and a title. But, there was still something missing....

Enter Andrew Fitzpatrick, the University of Wisconsin MadHatters' vocal percussionist. The Commissioner regularly works with the MadHatters, and thought Fitz's freakishly amazing beatboxing skills might be just the thing Lunatic Smile needed. So, one evening Fitz came in, had a bit of fun at the mic, and the final piece of the puzzle was put in place. So after more than 10 years, a rapper from DC, a singer from LA, and a beat box guru from Madison, Lunatic Smile was all grown up and ready for release.

The Music
Well, all I can say is the Commissioner sat in the studio for hours and hours and hours, played a few seconds of the track, stopped it, fiddled some knobs, made some lines on the computer screen wiggle, played the same few seconds of the track, soloed this or that, played with some effects, moved on to a new section, fiddled some more knobs, made a few more lines on the screen wiggle, and...well, this seemingly went on forever until he suddenly declared he was done. Sounds great, so we’ll just trust he knows what he's doing on that side of things ;)