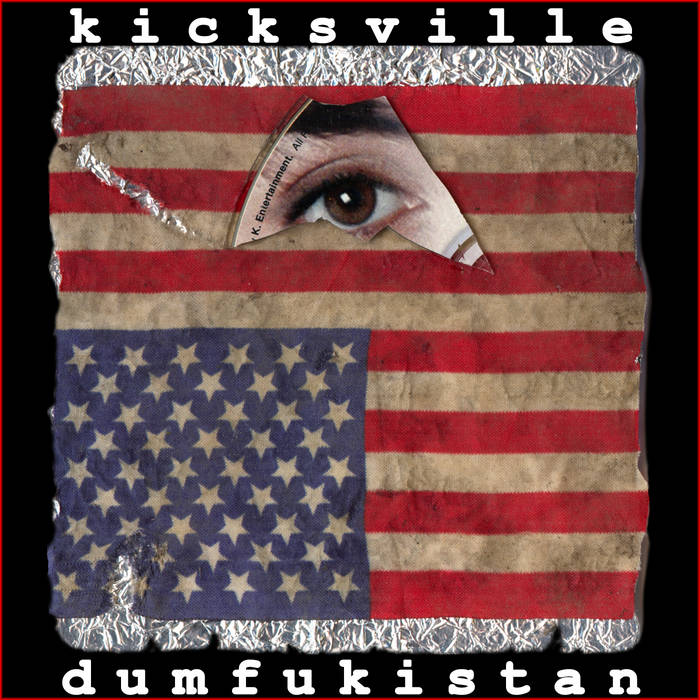 About Dumfukistan:
Here's where the name came from: I have a postcard that shows a map of the US broken down into Red states and Blue States according to the 2004 election results. The Blue states are labeled "America", and the Red states are labeled "Dumfukistan". Here's the scary part - on the flip side of the postcard is another map broken down into Free and Slave states circa 1860...the Red states match up almost exactly to the Slave states.

The Music:
This song started as an introduction for the City Council's main drummer dude, Lou Caldarola, in how to build a part out of loops: We sent him into the drum room to track a few measures of a groove. Then, we had him come back in the control room, pick a cool bit, and tweak the hell out of it with effects and whatnot. We repeated the process with different grooves, and assembled one coherent part from the bits and pieces. Once the song had taken shape, Lou went back and tracked a completely different groove over the top to complement the loops. FYI, on the final arrangement, the main groove is made of the distorted, nasty loops we cut up, and Lou's overdubbed part is the light jazzy stuff on top.

Another cool thing about this song is that Tone Deaf's monologue over the end is completely off the top of his head, which explains some of the non-sequiturs.... He had tracked his part in the middle, we were still rolling, and he just started spewing. One last thing I'll mention is this: Listen carefully to the track. Notice that right after Tone's first spoken-word bit, there's a breakdown to just a shaker and Chris laughing in the background? That's not a shaker...

MIckey Mouse radio telling us what to think
and which scrubbing bubbles to shove down the sink
The crap in our hair has made it all fall out
It smashes our confidence, it scares us with doubt
We lie in our boxes and stare at the wall,
mind running in circles no stop from the fall
Another day coming, another day gone
so pick up a glass and we'll sing us a song